No Result
View All Result

BBNaija 2020: All the 20 housemates you need to know about

Here are the 20 housemates who will be keeping you all glued to your TV screens for the next 10 weeks.

ere are the 20 housemates who will be keeping you all glued to your TV screens for the next 10 weeks.

BBNaija season 5 is here and this time around it promises to be fun-filled with housemates who all appear fired up to make the next 10 weeks interesting.

20 housemates will be slugging it out for the grand prize of N85M worth of gifts in the next 70 days. These housemates have from different backgrounds and it will interesting to see how they interact and stay together in one house for the next 10 weeks.

Here are the 20 housemates who will be keeping you all glued to your TV screens in the next 10 weeks. 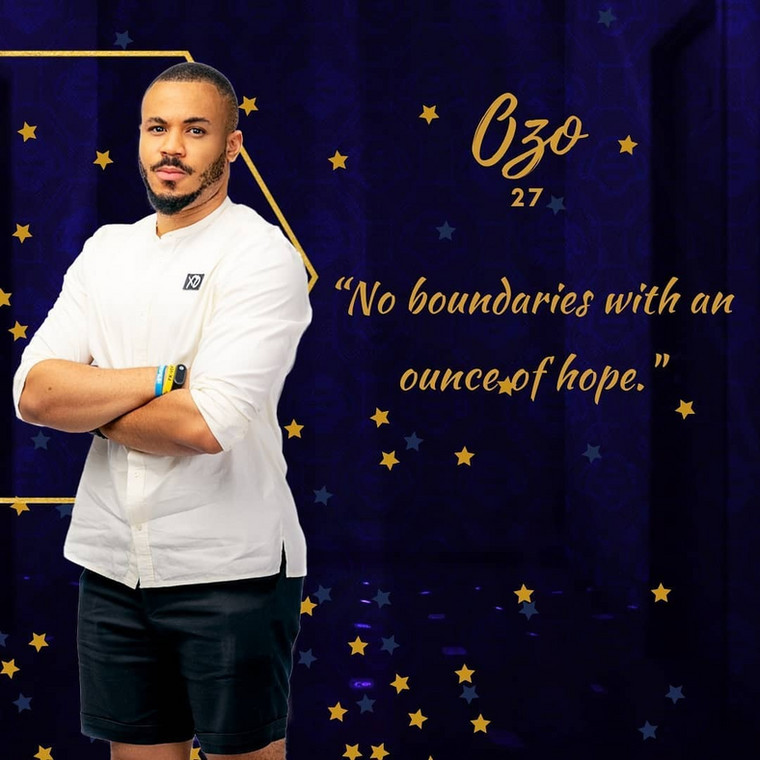 Ozoemena “Ozo” Chukwu is a first-class Economics graduate who says he is a bit laid back. The 27-year-old Consultant and entrepreneur plans to bring a lot of mischief to the house. 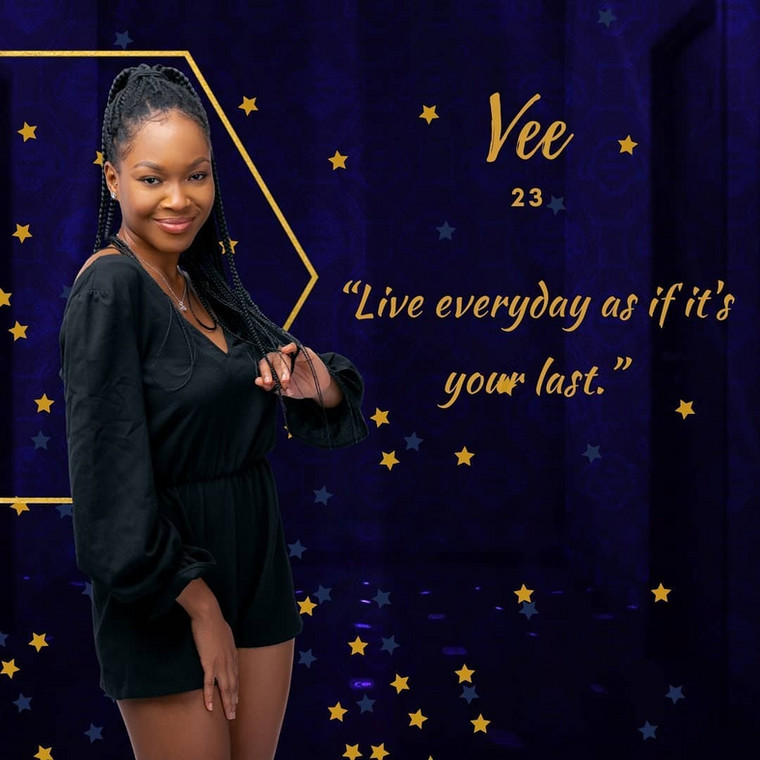 The 23-year old British born Nigerian, Victoria “Vee” Adeyele says she will be going into the house to make people laugh, have fun, and just be the life of Biggie’s house. She says she is very competitive which means she’s in the game to win.

The singer says she has not been in a relationship for the late 6 months. She says every other thing in the house is a counterfeit. Vee says she is most likely going to get involved in a conspiracy in the house. 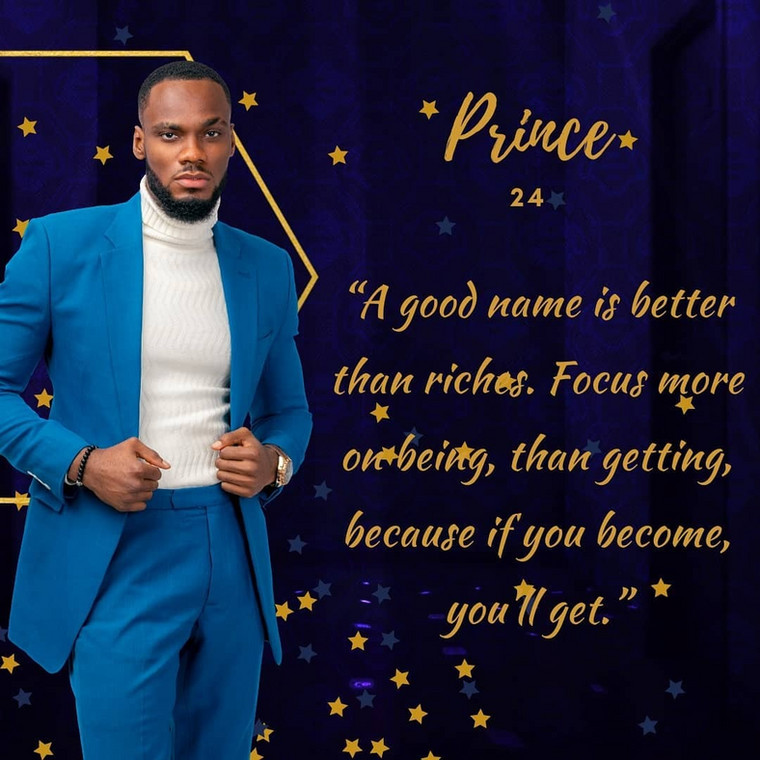 Nelson Enwerem Prince who is the son of king says he is a very hardworking person. However, he says he is an introvert and extrovert. He says he is bringing dance moves to the Friday night party. He believes he is in the show to win the money. He also wants viewers to expect the unexpected 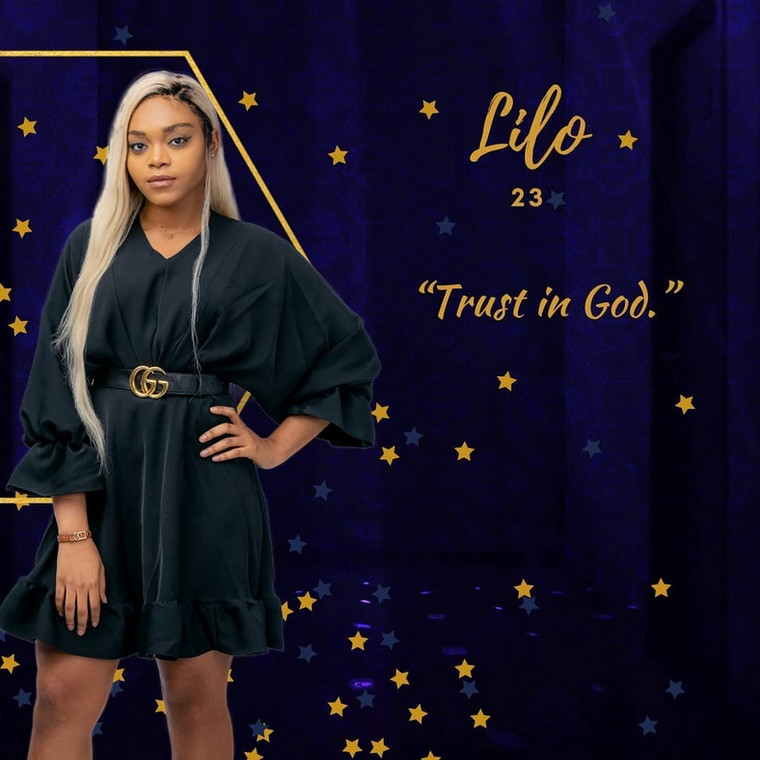 Boluwatife “Lilo” Aderogba is a 23 years old dietician who says she is a goal-getter and goal-driven. Even though she doesn’t like people being in her business, she likes to be in charge. She hates people who don’t know how to mind their business (Looks like we already have trouble in the house) 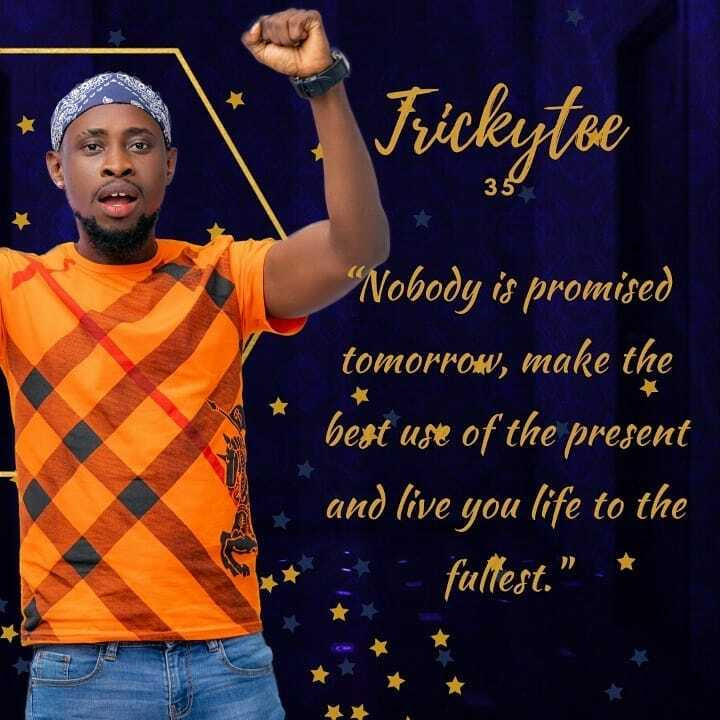 Timmy Sinclair loves food and is not a fan of proud people. He says he doesn’t fit in with society. He already knows he will be getting into trouble because of his outspokenness. The 35-year old creative artist says he also wants everyone to watch out for his dance moves. 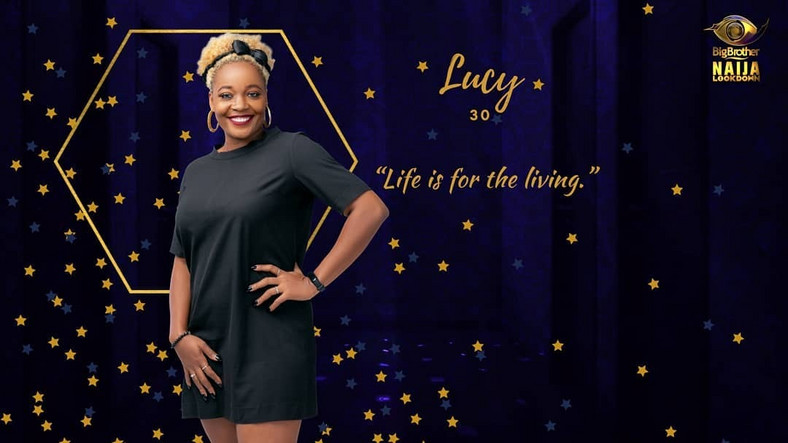 Lucy Essien is a 30-year-old entrepreneur from Lagos. Even though she likes her space, she says she lights up the room whenever she enters a place. Lucy says she will be bringing all the vibes and fun in the house. 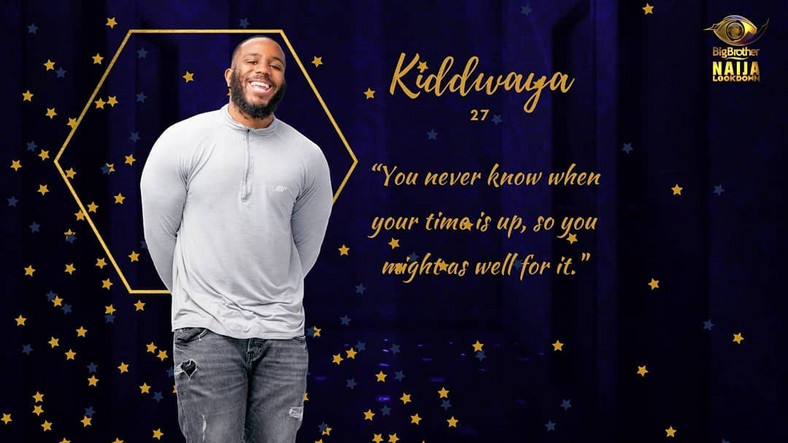 Terseer Kiddwaya is 27-years old self employed indigene of Benue state. He says he is funny and loves to party. He says he is bringing all the ingredients to marinate the show. He however hates spiders. He believes his confidence is mistaken for arrogance. 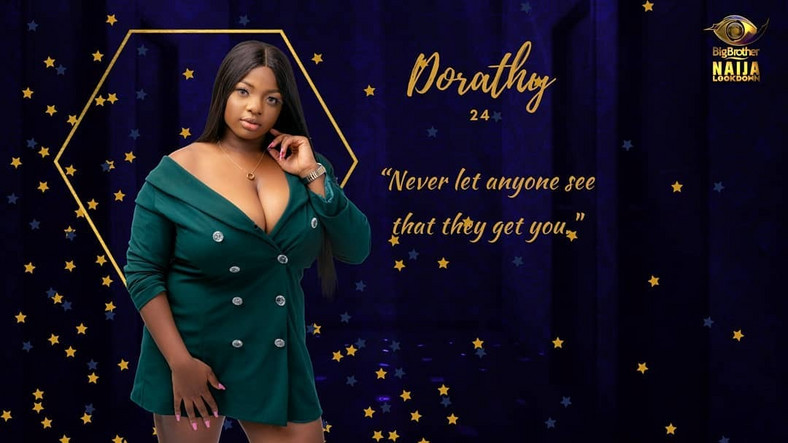 Dorothy Bachor says she doesn’t vibe with proud people. The 24-year old entrepreneur says she will be causing wahala in the house. She however says she is mainly interested in the money but will also be shooting her shot in the house. 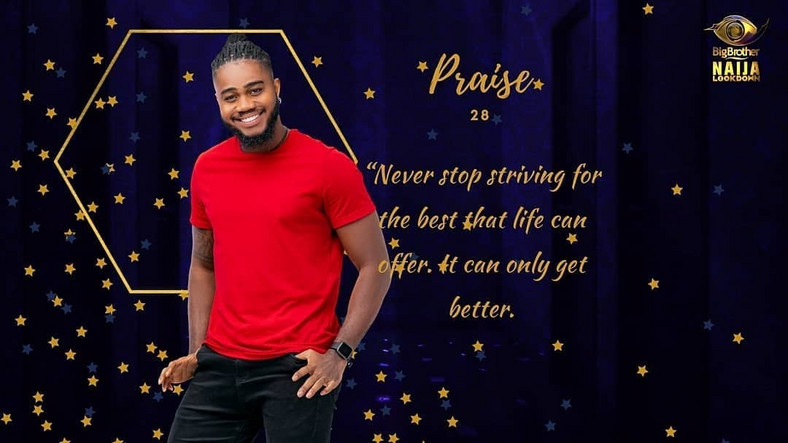 Praise Nelson is a 28-year old dance instructor says he is an easy-going person. He was a winner at the K-Pop World Festival, South Korea 2015 and won third place at a national Dance Competition in 2010. He says he loves food and will bring life to the house. 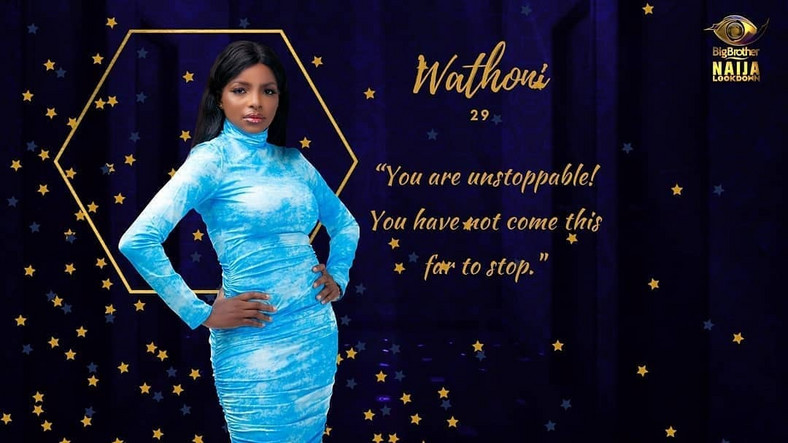 A single mum, Florence Wathoni Anyansi speaks Swahili, loves music, and will be bringing fun to the house. The fashion entrepreneur says she is open to finding a relationship in the house. 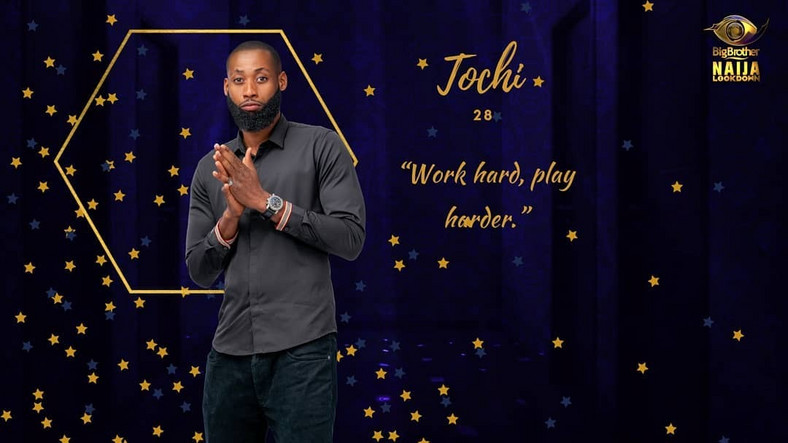 Tochukwu Okechukwu Tochi is a 28-year-old rapper and real estate agent from Imo state. He likes real people and is a very fun person. He says he is bringing a lot of drama, entertainment, and reality to the house. He promises to be himself in the house. 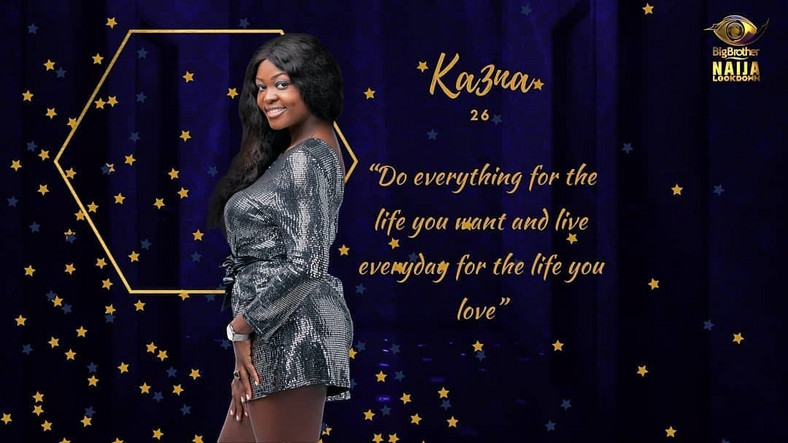 Kate “Ka3na” Jones is an entrepreneur. The 26-year old Rivers state indigene say she is the boss lady. She loves money and hates poverty. She is bringing a lot of surprises to the house. 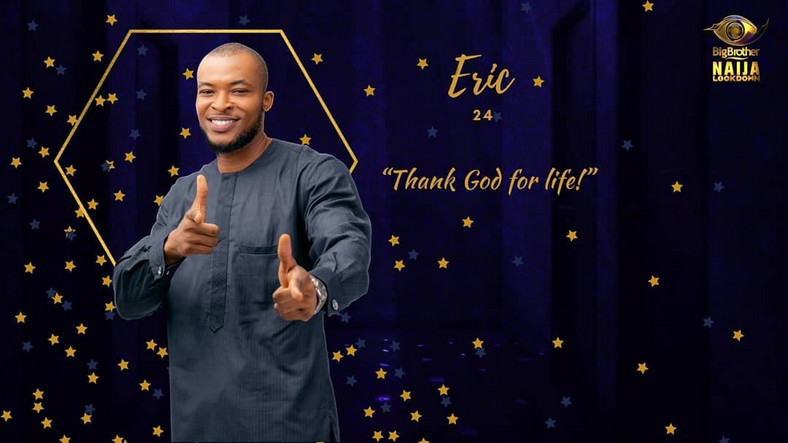 Eric Akhigbe, 24, is a final year student at the University of Lagos. The Edo state born fitness instructor says he is going to have fun. He says viewers should expect a lot of nudity from him. Eric says he lost his virginity at the age of 20. 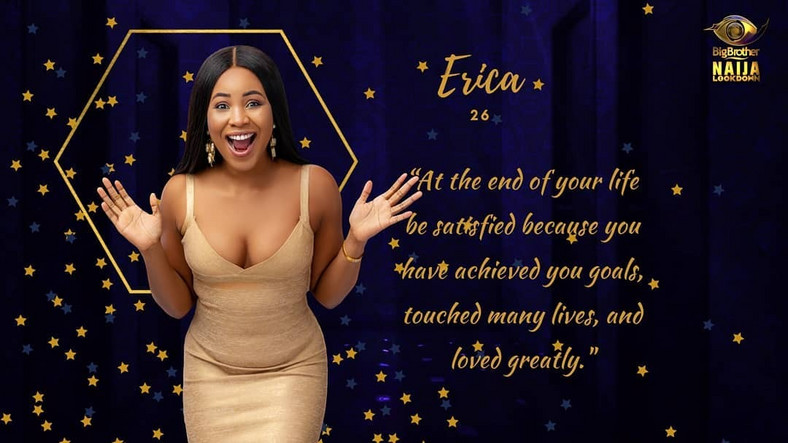 Ngozi “Erica” Nlewedim, 26, is an actress and commercial model from London, England.. Erica says she is coming with good vibes. The actress says she is going to bring out a lot of drama in the house. She dislikes attention seekers, people who don’t take care of their hygiene and stress. 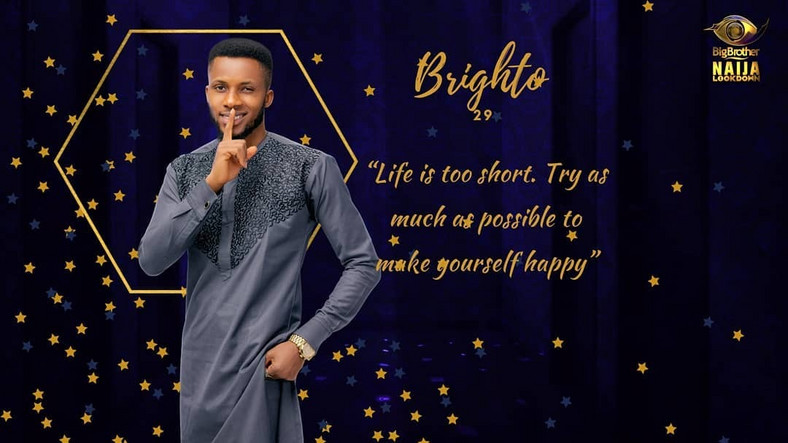 Ezekiel Bright “Brighto” Osemudiame is a 29-year-old sailor from Edo state. Bright brags different as he says he has been to almost all the states in Nigeria. He speaks Igbo, Hausa, Yoruba, and Edo languages fluently. He says he is bringing the total package to the show. 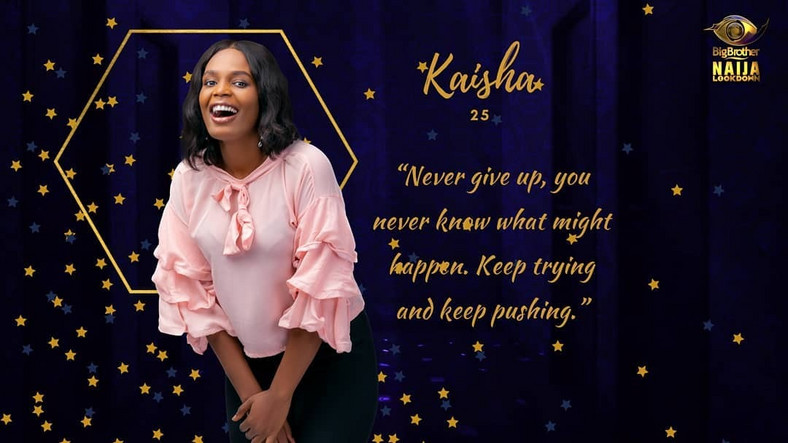 Kaisha Umaru is a 25-year-old entrepreneur. Kaisha says she is a hard-working woman. She loves to sing, dance, and have fun. The Sokoto state born beauty says there will be no dull moments with her. 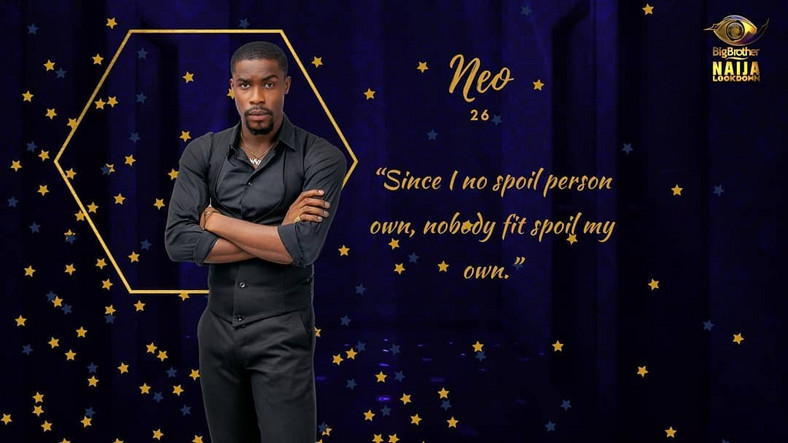 Emuobonuvie “Neo” Akpofure, 26, popularly referred to as Neo, is a ride-hailing app driver and a Delta State native. Neo says he is fashionable and stylish. He says he is bringing vibes, cruise, and entertainment to the house. Neo hopes to find love in the house. 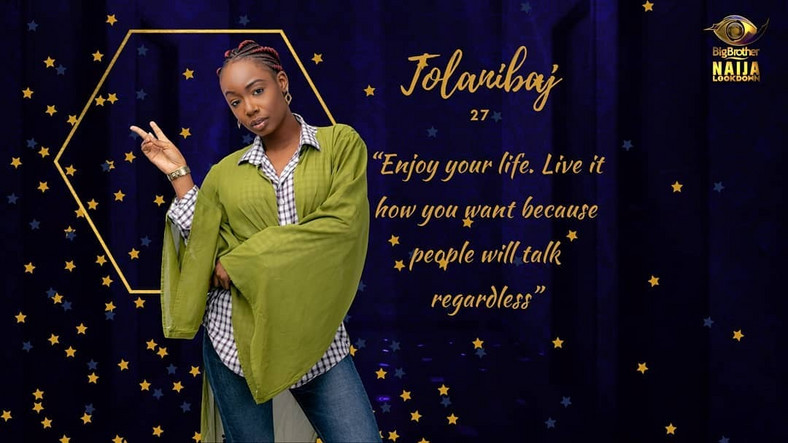 Tolani Shobajo is a 27-year-old media personality from Lagos state. She’s all about positivity. She is solely in the show to win the money. She is a Naira Marley fan that makes her a Marlian. 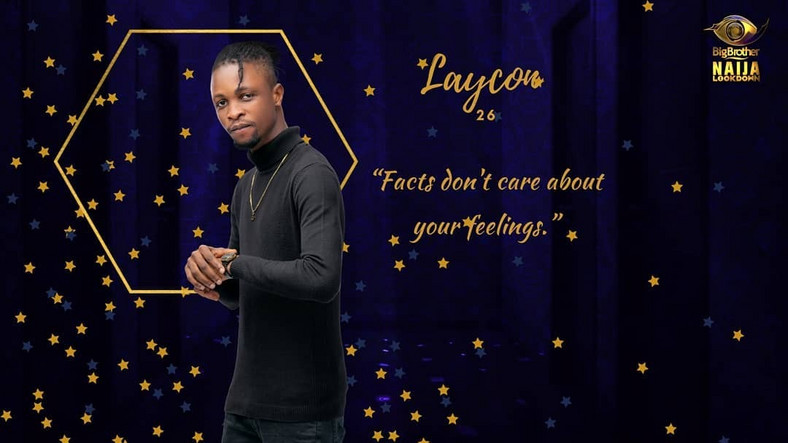 Olamilekan “Laycon” Agbeleshe is a 26-year-old singer and rapper from Lagos, who loves to have fun. He says he is bringing fun and craziness to Biggie’s house. He believes his fans and the viewers will enjoy his stay in the house.

Rebecca “Nengi” Hampson, 22, is an entrepreneur from Bayelsa State, Nigeria. She is a former model and MBGN Top 5 contestant. Nengi loves travelling and good food. She wants people to see past her beauty

What a Great Tribulation in Southern Kaduna By Fulani herdsmen